Terminology matters.  When you’re communicating with clients and customers, a quick way to lose credibility is to misuse or mispronounce an important word or employ the wrong acronym.  This is especially true in the perpetually changing world of telecom, where conversations are often punctuated with industry jargon, buzzwords, and abbreviations.  If you’re looking for a new voice solution for your business, it’s critical that you understand the basics of the language.

In Part One we discussed one of the most overwhelming aspects for newcomers to the alphabet soup of telecommunications. Here in Part Two we simplify things, give you the basics, allowing you to focus on what is important to your bottom line.

When you make a phone call, there are two broad ways in which that call is connected.  The traditional method uses the public switched telephone network, or the PSTN, which was designed to carry speech and sound across a vast expanse.  If you have ever strung a wire between two cups, you understand the basic principle of transmitting sound along a wire.  However, since stringing lines between every possible phone connection is impractical, the PSTN served to establish and sustain phone calls, beginning with operators who manually connected your line with the line of the person you wanted to reach.

Due to its long history, there are still some misconceptions surrounding the PSTN, including:

In fact, while analog telephony is on its last legs, the PSTN is now almost entirely digital, with the ability to carry a multitude of services over its lines, including audio, video, and data.

Those operators who connected calls worked at a telephone exchange, where they operated switchboards which linked the lines.  As network technology progressed, the process was automated so that the telephone exchange could detect: For residential users, managing one or two lines into the house was generally sufficient.  But companies and large enterprises needed a way to manage large numbers of users with a finite number of external lines.

A PBX, or private branch exchange, is a telephone exchange designed for companies and organizations to connect members to the PSTN.  Rather than having dedicated lines for each person within the organization, a traditional PBX is connected to the phone service provider using trunks.  Trunks (or trunking) allows those within the organization to share those lines using extensions, based on the understanding that it’s rare for each extension to be engaged in external calls.  Rather, a good percentage of the calls are internal calls, which doesn’t require the PSTN.

While a PBX might offer a wide range of services, such as customized greetings or voice mail, the core duties of a PBX are to:

Because a traditional PBX system uses physical phone lines, it is managed as a separate entity from the company’s local network and Internet connection.

However, there is another class of private branch exchange, called the IP PBX.  This brings us to the second way in which voice calls are made these days, which is over the Internet.  On Monday in Part 3, we will unpack the differences and explore the language of internet telephony, including VoIP and SIP.

Still have questions? We can help! Contact Voxtelesys today.

Read more articles in this Explain It! series:

Part 3: Understanding The Language of Telecom Part 3: The Rise of Packets 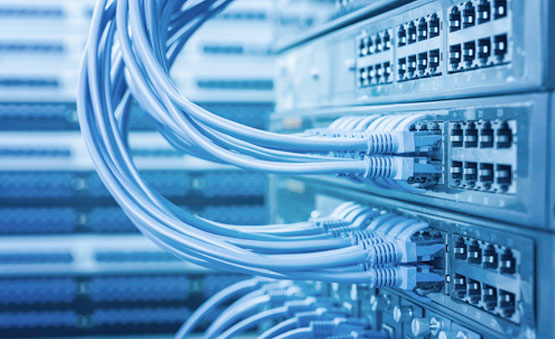