The American healthcare system has been mired in a state of crisis for the past quarter-century, with its condition typically described within a narrow continuum ranging somewhere between critical and grave.  Which does not surprise anyone who actually needs healthcare. Depending on where you live, scheduling a visit with your doctor may take weeks, while tracking down a specialist could take months.  This head-scratching inefficiency, coupled with the rational anxiety about costs and insurance coverage, makes the process of treating and resolving a medical problem more stressful and less effective.  However, evolving telehealth technologies, powered by SIP trunking, and promising new legislation offer hope that our long national healthcare nightmare may soon improve.

For those of a certain age, adding tele- to any word conjures up images of someone using a phone.  Telemarketing and telesales have branded the mental picture of a call center agent wearing a headset.  But tele means “over a distance,” and it’s this idea of distance that has often run counter to our notions of quality healthcare.  There’s a reason there is such power in the phrase, “The doctor will see you now.”

Unfortunately, demographic trends and systemic issues are making it harder and harder for you to see your doctor.  About 10,000 baby boomers reach retirement age every day (that’s 7 per minute), and this graying of the United States will place increased pressure on a stressed system since a considerable number of these new retirees will become eligible for Medicare after being uninsured or underinsured.  Meanwhile, those middle-aged and younger are often so worried about the cost of healthcare they will avoid seeking medical treatment until their condition gets so bad that they’re forced to go to the Emergency Room.

The result is that a tiny slice of the population (about 5%) account for nearly half of all healthcare costs, leaving less time and resources for other patients.  To address this imbalance, more healthcare providers are turning to telehealth.

Telehealth involves the treatment and care of patients through telecom technologies, including high-speed Internet, SIP trunks, wireless, satellite, and video communications. Practitioners use telehealth in an increasing number of ways, with use cases including:

Say, for instance, that you develop an odd-colored rash on your shoulder, or you start feeling dizzy after taking a new medication.  Getting in to see your doctor, as we’ve noted, can be challenging.  Meanwhile, an emergency room visit can be prohibitively expensive, while placing you in an environment that could expose you to even sicker people.

Through telehealth, you can leverage the built-in camera in your smartphone, laptop, or tablet and connect with a doctor or nurse practitioner who can answer questions and determine what steps you should take next. Along with the convenience of being able to conduct this from your living room, the savings are substantial:

SIP Trunking and the Rise of Telehealth

One of the key reasons telehealth is taking off is the maturity of the technology required to support it.  The roots of video calling date back to the 1950s, though it wasn’t until 1964 when AT&T rolled out their Picturephone, that it started to attract consumer attention.  However, despite the interest, cost, low bandwidth, and slow commercial uptake doomed the product.  Videoconferencing emerged in the 1980s and 90s, but the expense, network requirements, and the lack of interoperability between systems prevented it from succeeding.

It wasn’t until the end of the 20th century and the emergence of powerful video codecs, along with high-speed Internet, that telehealth began to emerge as a viable industry. Its early days saw communications occurring more often between providers in different offices and hospitals, as opposed to between the doctor and a patient at home.

The video conferencing technology in that era was primarily limited to the H.323 VoIP protocol, but today’s telehealth providers are increasingly choosing SIP trunking to connect to the world because their applications depend on a reliable integration of video, voice, and chat/text messaging. SIP provides significant cost savings over traditional telecom providers, but it also shines when it comes to scalability, disaster recovery, and business continuity.

Legislation on the Horizon?

From a technology perspective, telehealth is now considered to be a viable and proven effective method for treating underserved communities -- from rural New Mexico to sub-Saharan Africa.  However, as is often the case in numerous other industries, technology is moving much faster than the government’s ability to effectively regulate it.

While Medicare rolls are expanding with the flood of newly retired baby boomers requiring healthcare, current Medicare policy does not recognize medical consults unless they happen in person.  Moreover, telehealth organizations are prevented from charging for telehealth visits that take place across state lines (e.g., if you are a patient in Chicago and you are referred to a specialist in Milwaukee, you’re going to have to drive from Illinois to Wisconsin). This policy makes increasingly little sense to an Internet-driven community where global interaction is often a mere mouse click away.

Four bills are currently being discussed on the Hill that could loosen these restrictions.  Some analysts predict that adjusting Medicare rules and removing these barriers could result in tenfold growth in the telehealth sector.  More importantly, it could usher in cost reductions, expanded access for patients, and improved patient outcomes.

If you’re investigating telehealth for your practice or clinic, contact us today. Vox DevGroup is ready to help you better serve your patients while providing you with SIP trunking solutions that improve your bottom line. Contact us today! 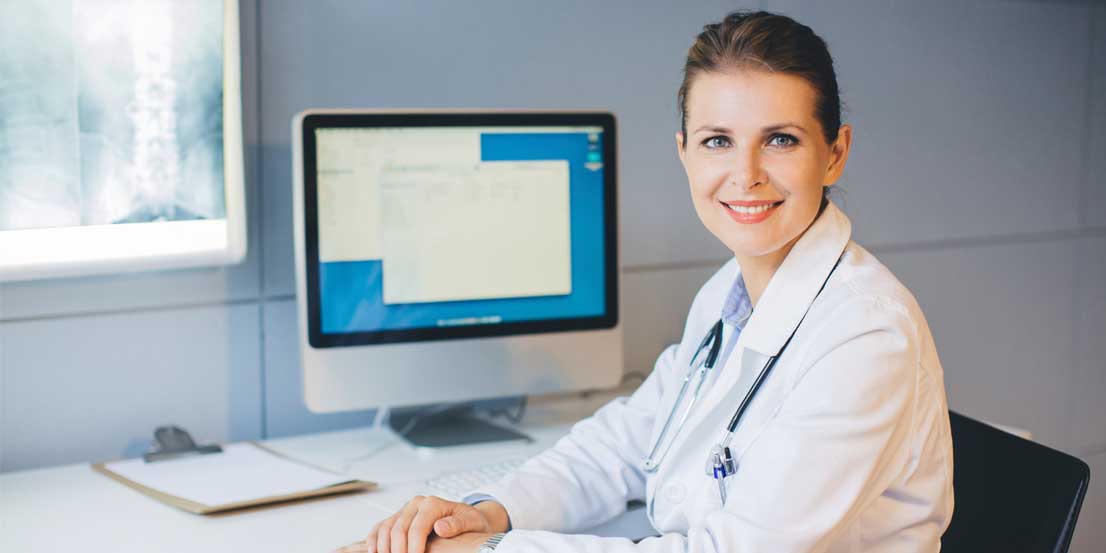