It seems crazy that decades-old technology can still be in daily use. How is it possible an amiga was running an HVAC system in 19 schools for 30 years?  While we have a soft spot for Amigas (and are impressed the little guy kept going), it’s a bit shocking. It’s no secret that nearly everyone in IT has a technology graveyard. Somewhere there is a stash of old cables, connectors, mice, keyboards, drives, and more. It exists because old technology has a habit of coming back—you never know when something will be needed. The same is true with software and information systems. Many companies are still using systems originally coded years ago—even decades ago—for previous iterations of technology. These are Legacy Systems and won’t be going away anytime soon. Everything you’re using will become a legacy system in one way or another. The good news is that it is possible to make legacy systems integration with recent technology and services possible through API access.

Why do Legacy Systems Exist?

Let’s look at legacy systems from a different perspective. Imagine you had a sweet custom 1966 red Pontiac GTO. It’s sleek, it’s cool, it’s fast—it uses up a lot of gas and requires a fair amount of maintenance, but the car serves you well. 1966 was a long time before smartphones, so there isn’t any way to play your podcasts while you drive. The stock radio is essentially a legacy system. You have a few choices: All three options will make sure you’re listening to Planet Money while you cruise down the highway. Buying a new car is simply upgrading the entire system. It’s expensive, but probably a good choice eventually. Installing a modern stereo is a great option but will require special wiring. It's not a big deal, but it will ruin the cool retro look. Using the Bluetooth charger is like having API access. You’ll get the function you need by opening the FM band for the specific use you need. By plugging that adapter into the cigarette lighter, you’ve created a simple legacy system integration.

The second reason companies don’t replace legacy systems is simply cost—both monetary and time. Most legacy systems are custom software written for a specific job at a specific company. Sometimes, a legacy system was built on another legacy system. Who knows how many companies are running an information service based on an ancient build of Internet Explorer? Browsers are free, but software developers aren’t. So, when your expensive custom CRM stopped working with the release of a new browser, you just didn’t upgrade. Besides, in 2006 a small business wasn’t anticipating a world with so many browsing options, software platforms, the cloud, mobile, etc.

The Problem with Legacy Systems

Not to sound mean, but…they’re old, which leaves you open to security and performance issues. Sure, the legacy system has been updated, patched, re-patched, and then patched again. It’s had some code rewritten, but it hasn’t seen a full development or code review since the beginning. That means that it’s open to hacking, viruses, and more. If you’re using a system built in 2004 and it connects to the Internet, you’re using a system that existed before Stuxnet, the discovery of hundreds of Zero Day exploits, the Mirai DDoS attacks, the WannaCry ransomware attacks, and exploits we haven’t even discovered yet.

Your company knows it needs to upgrade its legacy systems to keep up with changing technology. But timing, resources, cost, training—roadblocks keep adding up. So how can you keep your custom-built CRM software running while adding high-quality SIP trunks and providing each of your employees with a softphone? By using an API to drive legacy systems integration. Talented developers can create a solution that puts modern features into your existing legacy system.

We know breaking up is hard to do, but legacy systems integration is an important first step. Plus, legacy systems integration provides a stopgap solution. You gain critical new features, provide your employees with upgraded technology and, importantly, buy some time to make the right decision about your next information system. Better yet, your company has started a meaningful relationship with a SIP trunk provider who is working to help you jump into the fast lane of VoIP and advanced integration. So, when you’re ready to move forward with that new system, you’ll have a valuable partner by your side to help ease that transition.

Contact us today if you’re looking for legacy systems integration to add high-quality SIP or are looking for a custom API solution that best matches your company’s needs.  With our open API and our dedicated engineers in the Vox DevGroup, we’re ready to help you bring these ideas to life. 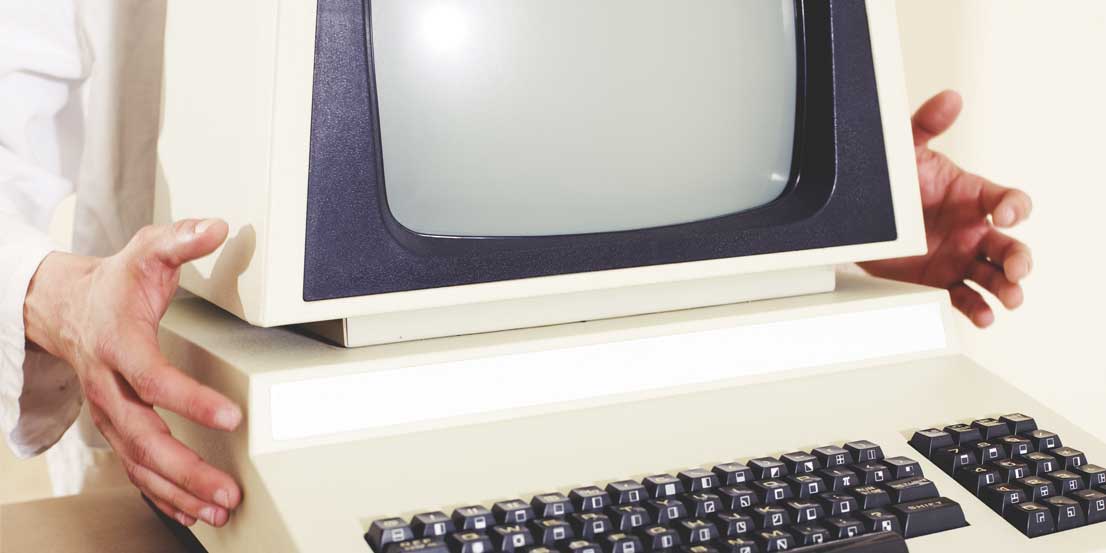